Sorry to report that this book isn’t going to rescue you from your 9-5 cubicle grind or double the value of your next paycheck. But if you’re looking to make your deflated muscles burst with new life, then you’ve come to the right place.

You probably already know the “simple” formula for massive muscle growth. That being “train, rest and eat.”

If things were truly that simple you wouldn’t need this book and I wouldn’t need to be writing it. But the fact that you’re sitting in front of your computer reading this means that there’s some aspect of that tried-and-true formula that’s not working out for you.

Let’s see which part of the equation is causing trouble for you:
Train: Sure, “training” is a vague term encompassing mind-stretching concepts like sets, reps, rest times and pyramiding. But if you have the mental capacity to drive the car that gets you to the gym you can probably handle lifting heavy things over and over again.

The only problem I notice with so-called bodybuilders is consistency. If you don’t go to the gym on a set OCD-style schedule you won’t grow. Period. If you’re serious about packing on serious mass then you need to hit the gym, and hit it hard, consistently each and every week.

It doesn’t matter if you think 25 or 2 reps work best. The most crucial factor for muscle growth is being consistent. If you have that covered then it’s time to put you mind towards…

Rest: “The pump” was originally made famous in the classic bodybuilding movie “Pumping Iron” starring the Govenator Arnold Schwarzenegger. To the joy of every teenager whose ever set eyes on this scene, Schwarzenegger –-with a completely straight face– compares the pump he feels during his workouts to, well, finishing his job in bed.

Whether or not you get the same kick out of muscle pumps, you should know that “the pump” is misleading. Sure, your muscles are bigger than they were before set #1. But the increase in size is nothing but fluid. Contrary to popular belief your muscles actually break down and shrink during your workouts. You may be saying, “if they get smaller, then why the heck should I work them in the first place?”

The answer to that is a tried and true principle in muscle physiology: “your muscles grow after your workout, not before.” To many –especially those that love to flex their new-and-improved muscles between sets –this may seem like bodybuilding blasphemy.

That’s why some would-be muscleheads don’t put enough energy towards rest –as oxymoronic as that concept sounds. Rest includes taking adequate time between working the same muscles (hence the reason for split routines), not overtraining and sleeping at least 8-hours every night. While sleeping enough is a major issue in this country according to the National Sleep Foundation, most gym-goers get plenty of rest – even if they aren’t trying.

So if training and rest aren’t holding you back, then it must mean…

Nutrition: Bingo! It’s nutrition where the rubber meets the muscle-growth road. I’m sure that I’m not causing you to break down and cry with the revelation that diet is important for muscle growth. That’s a well-known fact.

But the fact that fewer know is that most people go about nutrition all wrong!

Most people eat too much (or too little), they “cheat” far too often (or not enough), they eat at all the wrong times, and they eat all the wrong things. The majority of people are so far off with their diet that it’s nearly impossible for them to grow.

What’s the source of all this misguided eating? I’d hate to point fingers (actually, I do get a bit of fun from it), but I’d say that the muscle magazines and so-called “gurus” shoulder most of the blame.

You see, like any media outlet, muscle mags are forced to produce new content each and every month. If they simply printed the same stuff all the time people would stop reading. So what do they do? They come up with new “angles” that reveal “breakthroughs” in muscle building nutrition. They tout supplements that are “cutting edge”, even if they’re the same old stuff already out there. And they never admit that eating for maximum muscle growth is simple and easy (secret: it is).

Because if they ever laid down a definitive guide to muscle building nutrition, they’d be out of business.

Fortunately for you, you’re no longer at the mercy of these garbage content machines for your nutrition advice. With this guide you hold in your hands you’ll cut through the crap and finally understand the 7 nutrition musts for rapid muscle growth that will boost your gains, explode your results and make your muscles expand like a hot air balloon!

Nutrition Must #1: You Have to Rethink Protein

If there’s a stereotype of a bodybuilder that’s right on it’s a musclebound Incredible Hulk of a man carrying around a container of protein the size of a planet. And if you were to ask this bodybuilder the most important aspect of his diet, he’s simply tap his finger against the side of this plastic container and say, “this is it man.”

Is he right? Absolutely not!

Don’t get me wrong, protein is an enormous part of your diet, …

If you’d like to know more and discover the remaining of this content, we’d like to invite you to become a Special Member. In fact we strongly encourage you to do so, the cost is very low and the BENEFITS are HUGE!
Check it out, it’s only a few cents per days, CLICK HERE!

We'll help club members to lose weight, tone up and get in shape, exercise safely and keep you up to date on the latest health and fitness finds and trends. Click the MORE DETAILS Banner here on the right, to get all required information on why becoming a club member will be your best choice for your healthier future! 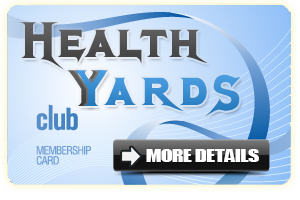